The Pyramids Of Paris

After months of planning and arranging, finally the City Of Death guided tour was ready to make a start!
Jonathan had invited me back in January, and before the end of the month I had bought my tickets.

He had planned the tour out to make sure we visited as many of the locations used as possible.

First up was Scarlioni’s Chateau, which is number 47, Rue Ville du Temple, not far from where we had all met up. 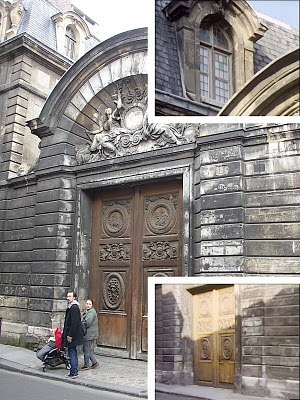 As we approached I could see the grey stone walling and the imposing, intricately carved wooden doors. It was certainly one of those locations that looks exactly as it appears on screen, and as big and as impressive as you imagined. (Sometimes a location fails to meet expectation, when you find it faces some unattractive view, or has been made to appear larger by use of wide-angle lenses – or is it just me?)

Jonathan explained that the location is far from what it appears, and is not a chateau, though it is very large. I gather it has at some point been a restaurant.
One thing I was keen to see was the skylight window that often follow an establishing shot of the wall and doors. The doctorwholocations.net website does not show this, and I wondered if it had been filmed elsewhere and its location wasn’t known. But sure enough it was right above the door to the left. It would appear there is a courtyard of some sort behind the doors, around which the house is set.

I took my screen-matching photos and it was a good location for all of us to get the first group shot – and what location to take it! 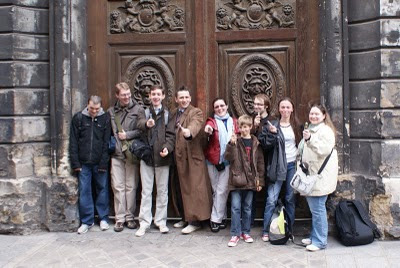