I spotted this on eBay this month.

The Dalek Sec costume was originally sold at the Bonhams auction - 15th December 2011, selling for £438. 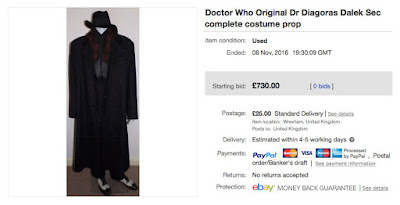 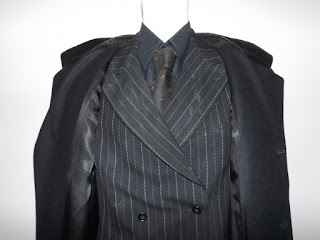 This includes Hat, Suit, braces, shirt, tie, scarf, shoes, coat and a small script that was found inside the coat pocket. 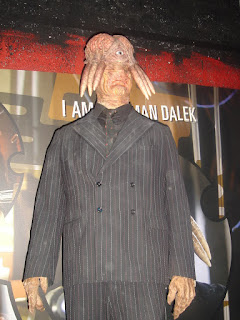 I will include a copy of the payed invoice from Bonhams, this will only be given to the winning bidder due to having my personal info on it.

Includes pictures of it on display, they never displayed it with the coat,hat and scarf ala Dr Diagoras only as Dalek Sec.
Posted by Steven Ricks Tailoring at 20:05 No comments:

After Bamfords nipped in earlier this month an stole Bonhams thunder, it’s now time for the summer Film and Entertainment auction at Bonhams in Knightsbridge.

There is a mix of new items; some items previously sold; and some items from previous sales that went unsold, now listed with lower estimates.

For the Tenth Doctor it’s an item previously sold at auction; for Sarah Jane Adventures its an item new to auction; and for Torchwood it’s items that went unsold last time they appeared for sale.


As usual I have separated the items by Doctor era, and you can see the rest of the items here:

2007, a waitress dress, of black satin fabric, with ruched overlaid black taffeta sleeves, A-line with white coloured net detail to neck line and applied rhinestone buttons to front, with pleated skirt, with label inside inscribed Astrid-wire, Kylie, together with a matching pair of bloomers, of black cotton with overlaid taffeta effect fabric, with label inscribed inside Standin Stunt Double and a pair of lace up knee length heeled boots, labelled and inscribed inside 15580. 3 1/2 BMIR, Astrid Big, worn by Kylie's stunt double during the episode
Estimate £2,000 - 3,000
UNSOLD

Posted by Steven Ricks Tailoring at 20:50 No comments:

Radio Times quiz - Can you list David Tennant's costumes in the right order?

The Radio Times has a decades long association with Doctor Who, and their website regularly reflects this. They often run news stories and more lately have have just-for-fun quizzes.

One published this week of particular interest to Tenth Doctor cosplayers ask you to put his costumes in screen-worn order. 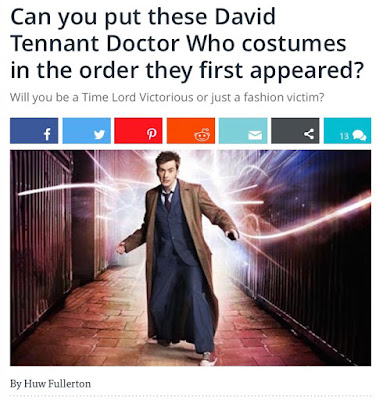 Radio Times Quiz: Can you put the Tenth Doctor’s costumes in order?

Posted by Steven Ricks Tailoring at 14:05 No comments:

Me and my Tennant Coat - Canyon Boak

I had a real nice and unexpected email from a client this weekend.

Canyon bought a Tennant Coat from me last year, and has been enjoying wearing it as part of his Tenth Doctor cosplay.

With a friend of his, he recently rented out a photo studio for a personal photoshoots and took some great pictures documenting his costume.

He got some good pictures of the coat, which I wanted to share with you. The coat looks great and he was particularly was happy with the first photo because it showed off the coat’s wonderful bespoke lining.

Let me know what you think of his shots. 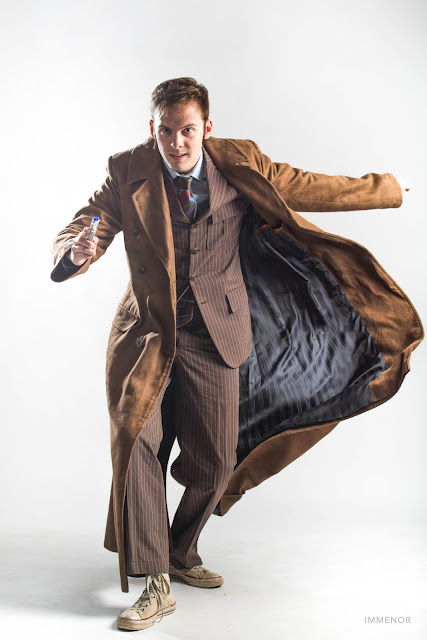 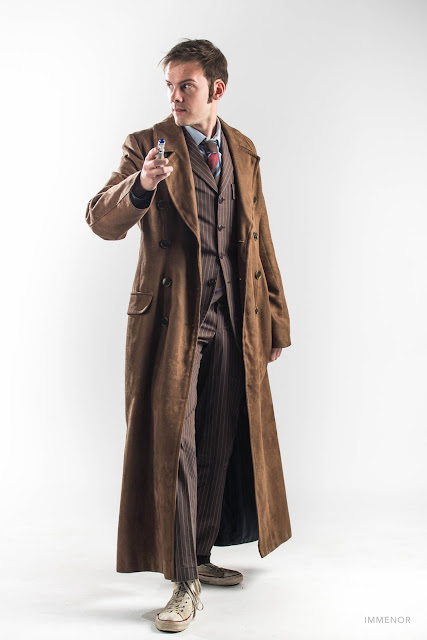 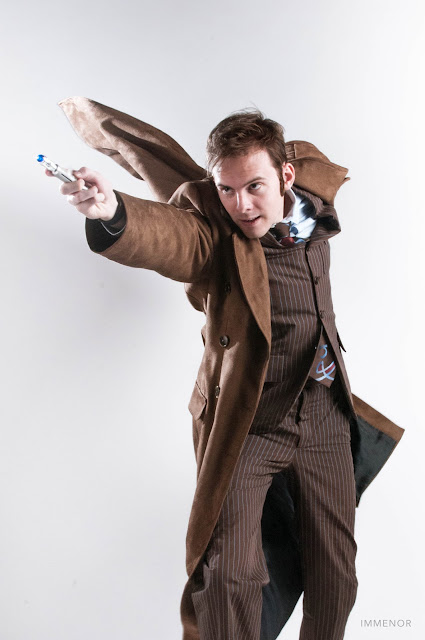