You may well have seen the photos taken during my big Cardiff photoshoot. It was principally an Eleventh Doctor affair, but we had the chance to do some solo shots of the Tenth Doctor with Kevin Coppa wearing the Ultimate Tennant Suit. 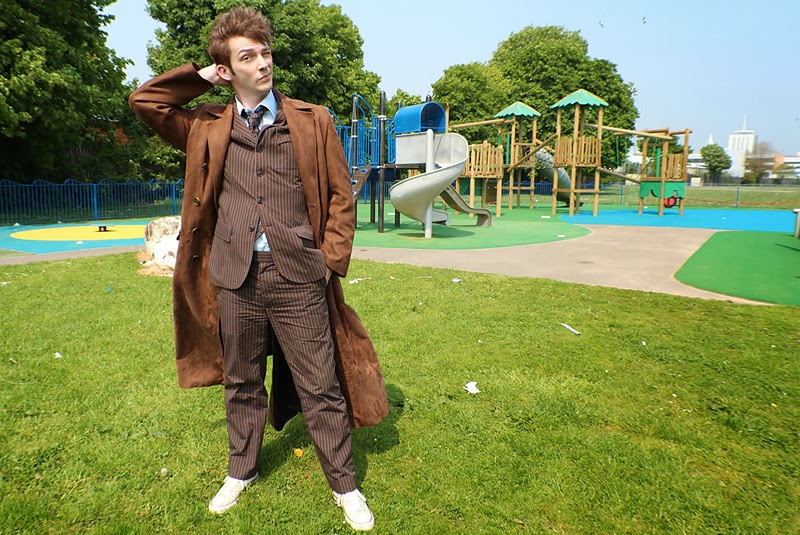 This is the playground at Canel Park that appears in Army Of Ghosts. It’s where The Doctor parks his TARDIS for the duration of the story. 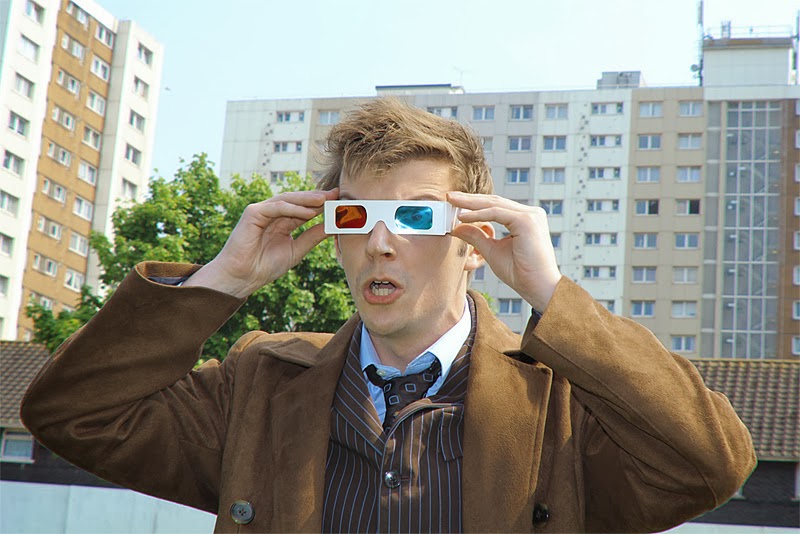 I couldn’t see any ghosts around, but Kevin got quite animated at one point!

Next we visited Roald  Dahl Plass in Cardiff city centre.

This is where the TARDIS landed in Boom Town, opening the rift towards the end of the episode.

The Doctor returned in Utopia.

This is also the site of Torchwood One’s secret underground base, The Hub. 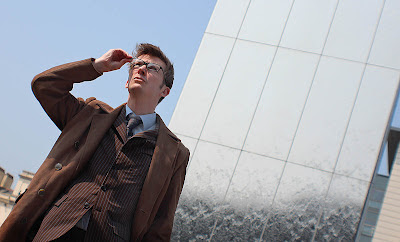 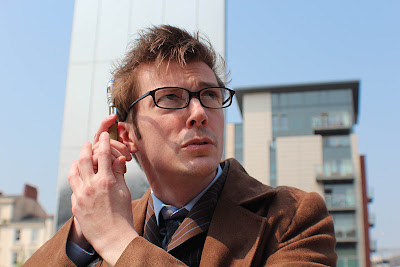 Opposite the Torchwood tower is the Cardiff Millennium Centre, which has appeared a number of times in the new series.

The interior was seen in Boom Town, New Earth, Utopia, Last Of The Time Lords, and with some matt shot trickery in Vincent And The Doctor. 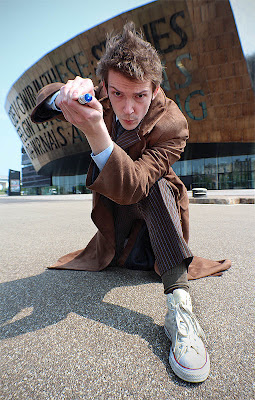 Down by the dock, obscuring the entrance to Torchwood One, is the Ianto Jones Memorial wall. 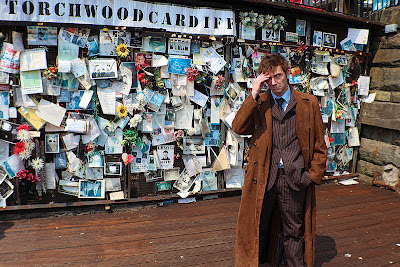 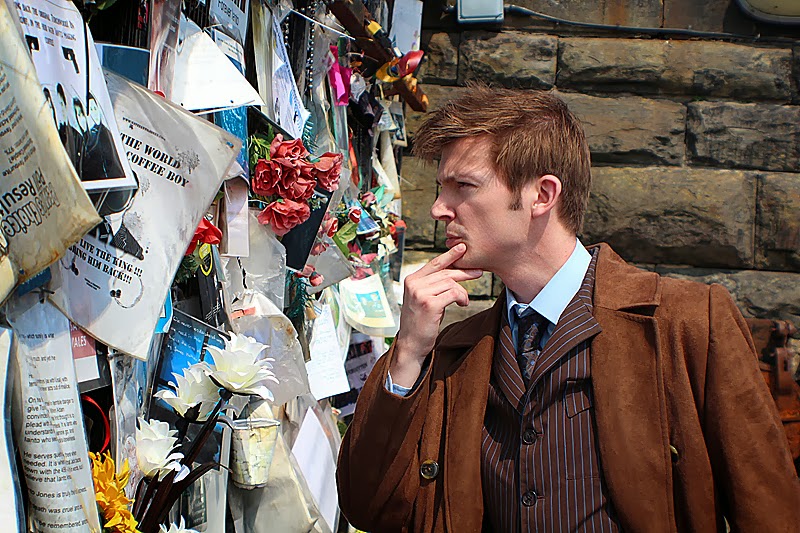 We took a moment to pay our respects to the loss of this cherished member of the Torchwood team.

Only a moment though.
Posted by Steven Ricks Tailoring at 16:51 No comments: