Coming up later this year are no less than TWO official Doctor Who events.

Firstly there is the BBC Promo concert on 24th and 25th July at the Royal Albert Hall.
After just managing to scrape in to the last Doctor Who Prom a couple of years back (see below), I plan to be a bit more organised this time around. 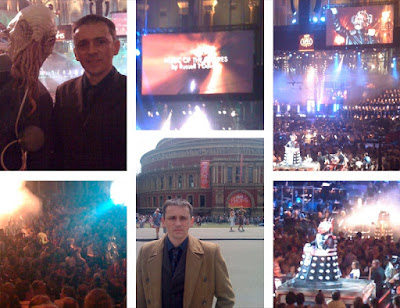 I was a bit more savvy and was on the website the day of the launch and sat patiently as my chance to buy tickets came up. Internet traffic was so high you were held in a queue until you could submit your order. I started at number 1,250 or so in the queue, and watched as I slowly got to the top! As the numbers ticked down I was terrified my browser would crash or something would go wrong, but luckily everything worked. 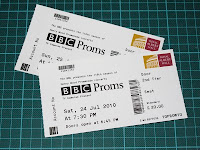 To hedge my bets I applied for tickets for both days: the Saturday evening and the Sunday morning performance. That way I thought if one sold out before I could buy tickets, at least I might get the other.

As it happened I managed to get both – and fully intend to go to both!

Last time I enjoyed the Prom SO much I really had wished I could have gone again, so this time round I will get my wish! 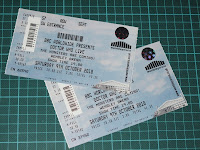 The second event later int he year is Doctor Who Live: The Monsters Are Coming, which I like to think of as Doctor Who On Ice! (though it isn’t actually that)
The show is touring the country, and I am going to the Wembley Arena performance on the 9th October.

I’m not so sure about this one, but I guess time will tell.

Only thing is, if I’m going to these events – what do I wear!
Posted by Steven Ricks Tailoring at 20:53