Louise Page and my Tennant Coat

As you will have seen, costume designer Louise Page recently visited me again this week so that we could do a proper on-camera interview for my blogs.

While she was with me she got the opportunity to see one of my latest Tennant Coats. 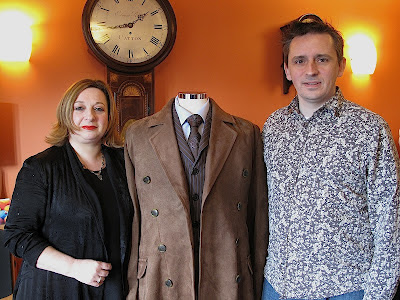 She was most impressed with my work and my attention to detail. The back of the coat, with its complex darts, box pleat and buttoned vent particularly caught her eye.

But she was most taken with the custom lining I had specially woven last year. 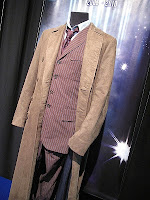 She explained how the original had come from the stock room of Angels, and there was only just enough for the prototype (which was displayed at Earl’s Court) and three screen-used coats (one of which is at Olympia, prior to its move to a permanent home in Cardiff Bay). 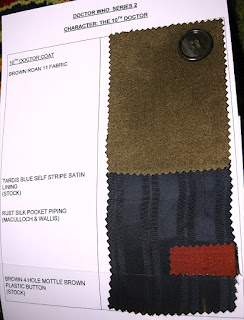 We had the chance to compare mine with her sample of the original and it was a pretty good match.

I hadn’t had the benefit of access to her swatch, so I did the best I could, which had proved to be very good all things considered.

Watch out very soon on the Tennant Suit Blog, as well as on here, for some choice sound bites from Louise as she talks exclusively about creating the iconic look for the Tenth Doctor, including a tie-by-tie back-story.

Posted by Steven Ricks Tailoring at 08:47