The Doctor Who Celebration certainly had an extensive guest list. Over the course of the weekend a good fifty plus cast and crew were on hand to meet, chat and sign autographs.

Someone I was keen to catch up with was Louise Page, who was at ExCeL on the first day of the convention.

I found her at the Wardrobe Workshop display, where along with two of her wardrobe assistants, they discussed and showed the techniques used in ageing costumes for filming. 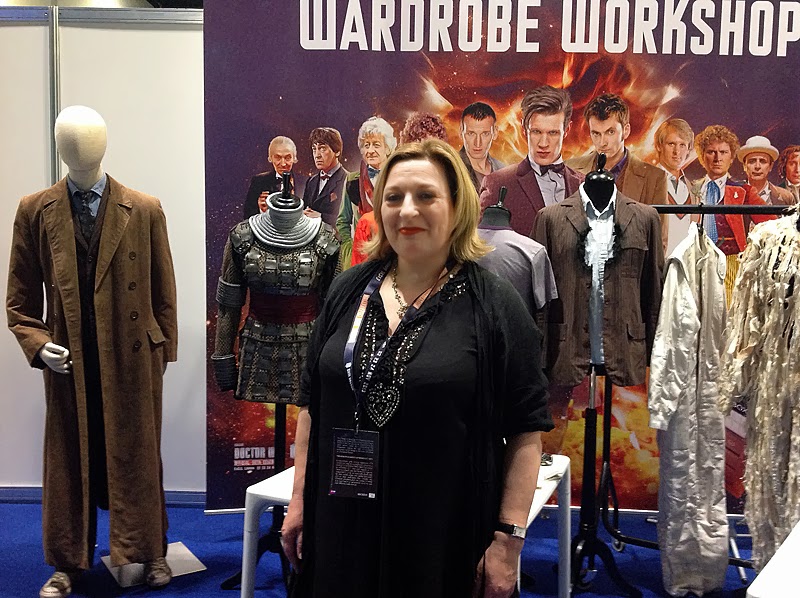 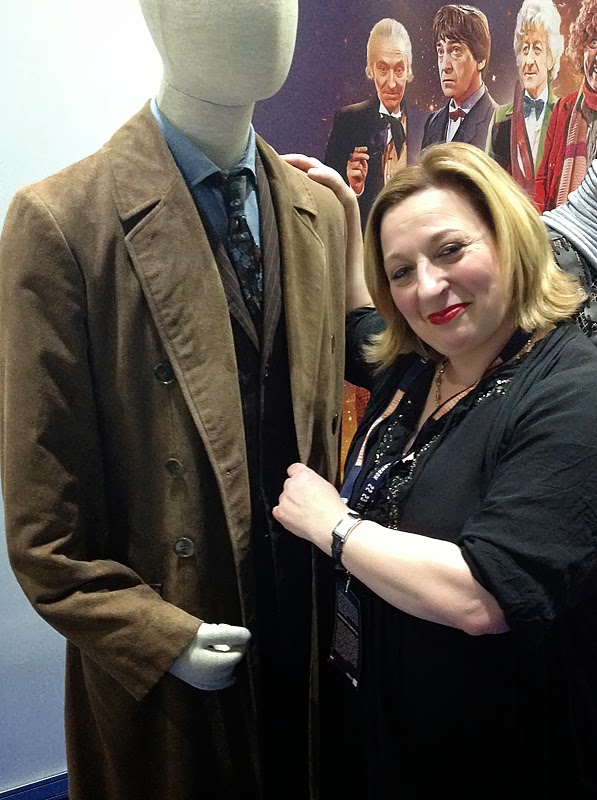 On display was a full Tenth Doctor outfit, complete with suit and coat.

The tie was a screen-used St George by Duffer from the anniversary special, The Day Of The Doctor.

Louise is rightly proud of her work on the costume. 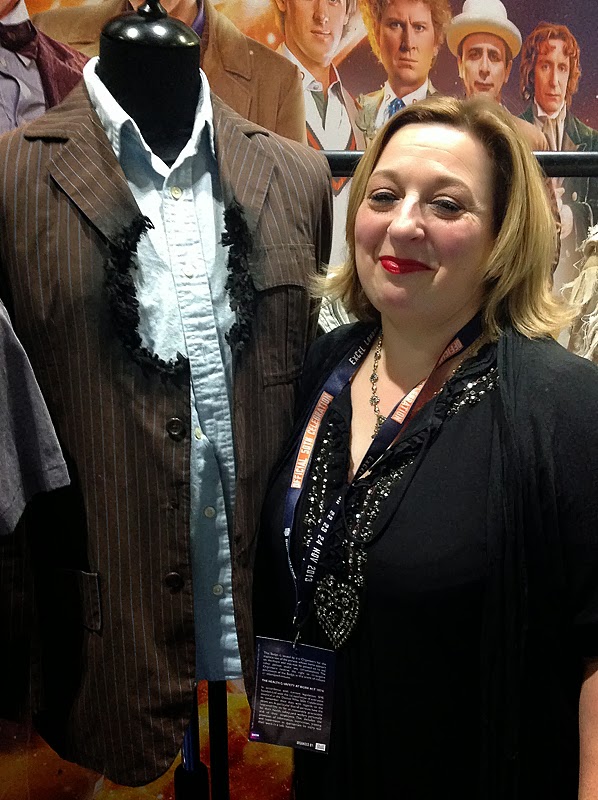 There was also another suit on show, which had been trashed for use in The End Of Time Part Two.

From talking to Louise’s assistants, it was damaged and distressed, but the brief was misinterpreted so it never got used on screen!

Given how rare the fabric was and how difficult making the jacket had been, it was a tragedy this happened. 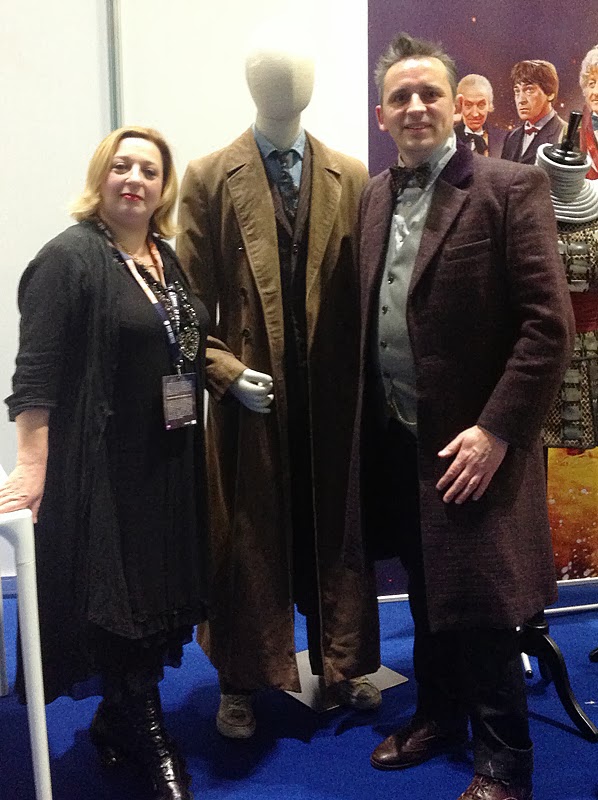 I couldn’t pass up the opportunity to get my photo with Louise before she had to go on stage to take part in one of the discussion panels taking place over the weekend.

She was with producer Phil Collinson and director James Hawes.
I recorded two brief sections where Louise was talking about going for the post of costume designer, and Phil talking about working with her once she was on board.


Posted by Steven Ricks Tailoring at 12:44