We’re a couple of months into 2013 and some original Tenth Doctor items have started to appear on eBay.
A lot of props (rather than costumes) have been cropping up, many of which are not necessarily identified as screen-used. They are sometimes spares copies or it isn’t possible to specifically spot it in the episode.

I’ve therefore grouped some of them by episode and show them here more for reference than as individual items. 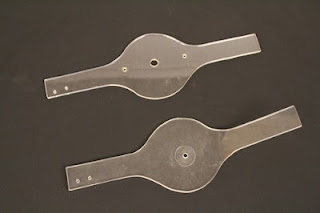 Here we have a pair of clear perspex locking mechanisms used for locking and suspending the tardis rotor throughout the first season of the new series starring Christopher Eccleston and the first episodes of David Tennant.

During filming of season two the console lighting bulbs were change and the heat from these new bulbs warped the perspex of the rotor resulting in a new one having to be made the old rotor went back to the company who made it from whom these two mechanisms were aquired., as you can see one of them has a slight bend in it again this is from the light bulbs.

An extremely rare opportunity to aquire a part of the Tardis console that was used in every Eccleston story and early Tennant. 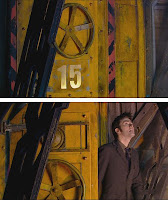 Here we have a lovley screen used and matched door sign from the David Tennant story "Impossible Planet", this sign can clearly be seen when the Doctor and rose walk through the door.

As can be seen in the attached screen grab all the marks match up perfectly confirming this was the one used on screen. most of these signs were destroyed after filming making this a rare find. 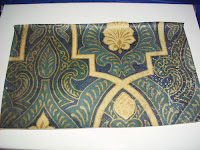 Screen used wallpaper directly from the house used to film the best story of the modern Dr Who series which is now being redeveloped. This piece is 8 inches by 5 inches and has been intentionley weathered by the Dr who prop dept but also it has signs of decay from where it was attached to the wall of a damp empty house.The actual piece will differ slightly than the picture.

Production made £20 note from the Doctor Who episode The Runaway Bride.
Picture of Phil Collinson (who was the BBC Doctor Who producer) on the note instead of the queens head along with other minor changes including the picture of a Tardis and being signed by the Chief Numpty.
The note has the feel of real money and has been made to a high quality with the same image on both sides. Measures 14.5cms by 8.5cms, these came from the BBC.

The item you are viewing is a production made / screen used Ten Satsuma note from the Doctor Who episode The Runaway Bride. There is a picture of David Tennant on the note instead of the queens head along with other minor changes to include a Tardis. The note feels like real money and has been made to a high quality with the same image on both sides. The dimensions are 14.5cms by 8.5cms, these came from the BBC prop master 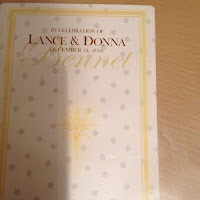 Genuine Prop Order of Service from The Runaway Bride, the wedding of Lance and Donna. From genuine Source.


SILENCE IN THE LIBRARY props 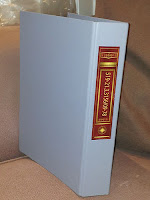 Book from the library

Here is a rare item from Dr Who Props from series 4 '' Silence in the Library''.
The prop (binder/folder) is in mint condition and was used in the episode named above. These files were used to fill up the shelves in a particular scene. 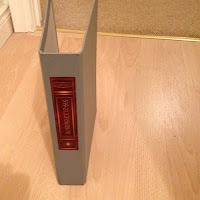 Book from the library

Doctor Who prop from David Tennant Story, Silence in the Library, from Genuine Source, a book from the shelves, you can see from the picture its not a real book. 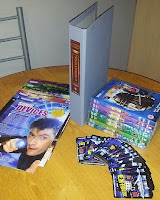 
Doctor who prop it was used in the episode ‘’silence in library’’ It was used to full up the shelves in the library : the file is empty.

VOYAGE OF THE DAMNED props

Genuine Dr Who Prop, labels printed for the Titanic Episode Voyage of The Damned with kylie.

UNSOLD was asking £148
Posted by Steven Ricks Tailoring at 12:07